Back to All Work

Petronas, Malaysia’s leading oil and gas company, commissioned a report that highlighted natural gas and the benefits of renewable energy. It’s main initiative was to educate policymakers in Malaysia on alternative energy sources. 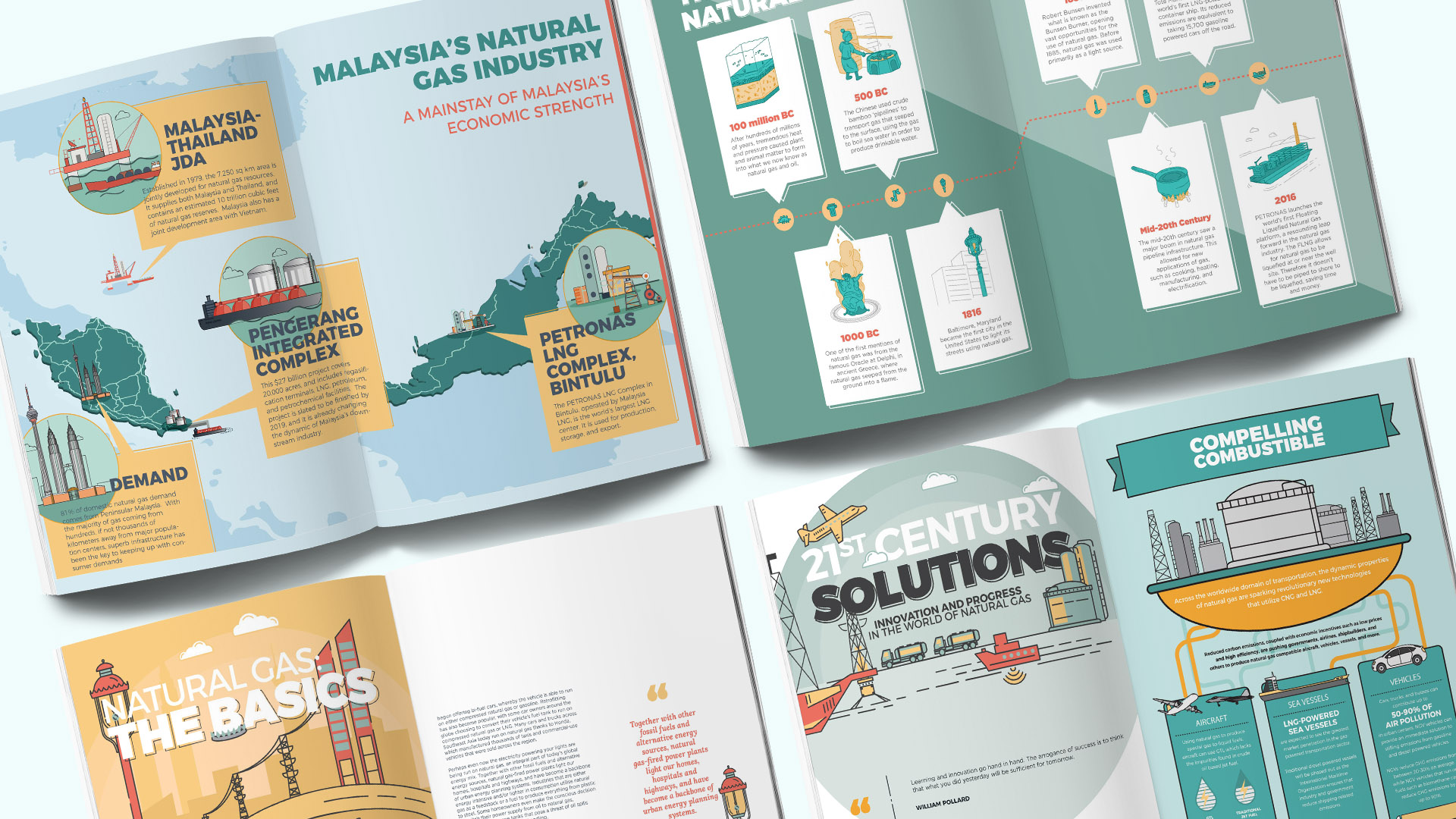 Malaysia is faced with a simple reality: sustainable energy is the future. But green energy is far from perfect; many of the renewable technologies are still being developed to adequately meet the world’s massive energy needs. In the meantime, natural gas presents itself as a good “bridge” between fossil fuels and more sustainable alternatives. Petronas needed a report that discussed this in-depth, to be sent to executives and policymakers throughout Malaysia.

This was to be a digital report. We interviewed key figures from Shell, Petronas, and others in the energy sector. As the data came in, we crunched the numbers and began churning out the report. In conjunction with the messaging and editorial content, we designed the cover, layout, and animated components.

The client liked the final digital product so much we were commissioned to produce a print run of 5000 physical copies which we then distributed to stakeholders throughout Malaysia, in addition to the free digital download.

The report was officially launched during the 19th Asia Oil and Gas Conference (AOGC) at the Kuala Lumpur Convention Centre with the head of Saudi Aramco and the Prime Minister of Malaysia as key speakers.

Back to all work

Or check out our similar projects: